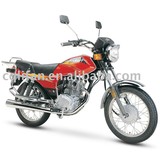 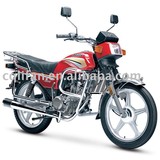 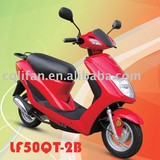 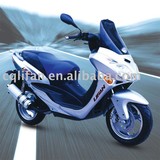 Chongqing, China (Mainland)
0
Chongqing Lifan Industry (Group) Imp. & Exp. Co., Ltd. was established in 1992. 9 people including Mr. Yin Minshan started the business with only 200,000 RMB. Through 17 years of hard work, LIFAN has turned into a large private corporation mainly engaged in engine scientific research & development, motorcycle & automobile manufacturing and marketing. Till now, LIFAN has had more than 13200 staff. LIFAN has been continuously listed in "Top 500 China Enterprises" for 7 times. Our firm ranks in the first place of Chongqing Top 50 Private Companies and has been the No. 1 for successive years. In 2008, LIFAN was listed in "Top Enterprises in China of Forbes for 2008", ranking at the 88th. This is the first time for Chongqing enterprises to be listed. In 2008, LIFAN achieved a sales income of 12.589 billion RMB, including a production and sales of 3.3558 million sets of engines and 568.85 million USD for exportation. Our firm has possessed 4448 patents. All indexes showed LIFAN took the leading position in motorcycle industry of China. LIFAN has produced and sold 1,777,000 units of motorcycles, ranking No.3 in motorcycle industry of China. With the sales volume of 116,400 vehicles and 368,800 general engines, LIFAN became one of the largest taxation contributors in Chongqing. Innovation, exportation and good reputation brings LIFAN high-speed development. LIFAN has developed some new products that are unparalleled in China or even in the world, such as 100cc engines with electric-starts, 125cc engines with Double-Cylinders, 400cc engines and 600cc engines. LIFAN takes a leading position in the motorcycle industry for a lot of new technologies, including water-cooling, Multi-valve, EFI, Bi-Fuel, Secondary Combustion, and Big Displacement. In January 2006, LIFAN 520 was synchronously launched into the global market, representing that LIFAN had formally marched into the auto vehicle industry. Till now, LIFAN Sedan has obtained more than 300 patents. By the end of 2008, LIFAN had achieved 4448 patents domestically and abroad and occupied the first place in automobile field. In 1998, LIFAN obtained the license to be engaged in foreign trade. In 2008, LIFAN realized export income of 568.85 million USD. Up to now, Lifan's products have been widely sold to over 160 countries and areas all over the world. LIFAN has established motorcycle factories in Vietnam, Thailand and Turkey. LIFAN Sedan has been off-line in Vietnam, Egypt, Russia, Iran and Ethiopia. "We prefer others to fail Lifan rather than Lifan fails others" is our tenet. LIFAN has always been shooting last bolt to offer customers high quality products and best services, through which our firm builds up the outstanding reputation. LIFAN has been awarded the title of "Creditable Enterprise" for multiple times in Chongqing and was awarded the title of "Creditable Enterprise of China" in 2006. LIFAN always remembers the origin and is forward-looking after becoming rich. LIFAN does not forget to return to the country and the society. Since 1992, LIFAN has donated totally RMB 69.76 million to the society. By the end of 2008, LIFAN Group has built 100 Glory schools. LIFAN is an outstanding model of private economy in China. The development of LIFAN was witnessed by leaders in the State and Party. Our chairman - Yin Mingshan has been warmly received by Hu Jintao, Wu Bangguo, Wen Jiabao, Jia Qingling, Li Peng, Zhu Rongji and Wu Yi for several times. Mr. Zhu Rongji praised Yin Mingshan as a "successful private entrepreneur". We welcome your cooperation. Please feel free to contact us.

You can verify Ms. Sophia Zhang using your contacts and professional networks.