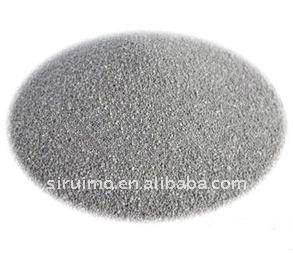 Magnesium Powder for Industry
Usage:mainly used for desulphurization pretreatment in molten iron
Appearance:silver-gray spherical granules, with 0.5-1.6mm diameter (can be changed according to user’s request )
Rests angle (IC): smaller than 26°
Density of relax stack:1.0g/cm3
Burning point: in average, not lower than 600 °C.
Burning-resistant time at high temperature:not less than 15---18 second at 1000°C
Production technology characteristic:machine-cutting processed, then sphericizing and coating processed
Package:double layer sealed package. The inner layer of the package is a polyethylene film and the outer one is a flexible collecting bag. Each bag is with net weight of 1,000 kilograms. According to the user’s request, packaging materials may also be provided by users
Transportation cautions:water-proof and moisture-proof are needed, but fire-proof and explosion-proof are not necessary. When road or railway transportations are implemented, trays are needed under the packing sacks and covers too, on the top of them as shelters from rain, snow etc. Containers must be used for marine transportation
Storage:should be separately put on trays, in dry and well ventilated storehouse with roof to avoid water contact
Warranty time: six months after delivery 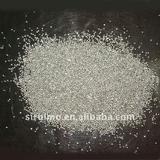 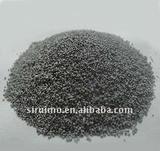 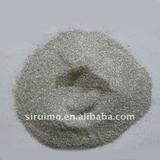 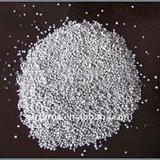